Grand Rapids Pride Center has a small, devoted team of three that creates, organizes, and manages their annual parade and festival each year. One of the many hats this dedicated team wears is the selling of festival partnership inventory both vendor booths and sponsorship packages. Finding Pride Festival sponsorship packages are critical because profits from these sales provide much-needed funding for their ambitious programming. Despite such a small team managing such a large event, the organization was able to sell out of partnership inventory last year – their first year on EventHub’s partnership marketplace and management platform. EventHub Co-founder Jamie Nassar sat down with Executive Director Thomas Pierce and Festival Coordinator Stephanie Black of Grand Rapids Pride to dig into what makes their team so high performing, and how EventHub helped them scale up and sell out of booth inventory.

Background On This Small Team

In 1987, a small group from West Michigan formed a pride-focused group. They attended the March on Washington for lesbian and gay rights on October 11. This trip provided them the experience of being a part of something bigger. They started with a series of casual meetings originally hosted in homes and welcoming businesses, and then the group ultimately formed a new LGBTQ community center to bring West Michigan together. On February 22nd, 2016 The Network took its boldest step yet: The Lesbian Gay Community Network became Grand Rapids Pride Center, which produces one of the largest one-day events in Grand Rapids. Grand Rapids Pride Festival is an event that brings LGBTQ community members, LGBTQ+ businesses, allies, and organizations together to celebrate diversity, inclusion, and celebrating who you are Proud To Be! 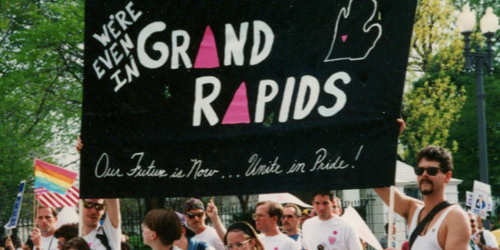 Thomas begins by explaining their process prior to partnering with EventHub. “We are a very small team. So one of our team members who has a full-time job on top of [Grand Rapids] Pride spent a lot of time collecting all of the vendor registration data from a form. Then, we would have had to go create a spreadsheet… He would end up spending probably 50% of his time from March through June managing vendors, and it got a little crazy, you know?”

At EventHub, we understand that problem. When you’re working in a small team, it feels like there is never enough time to get everything done. So, what do you do if you need more time, but bringing more people onto the team isn’t an option? “You do the impossible. You create time,” he says. Thomas explained how EventHub’s all-in-one vendor management and easy exhibitor application saved time for their team and their exhibitors:

“If someone wanted to sign up they would have to contact us and then ‘register here’, ‘pay here’, and ‘reach out to us here’, and then there could be a delay [in communication]… So I think with EventHub it made it easier for them. They managed everything on their end, and most people did it with ease,” he continues. 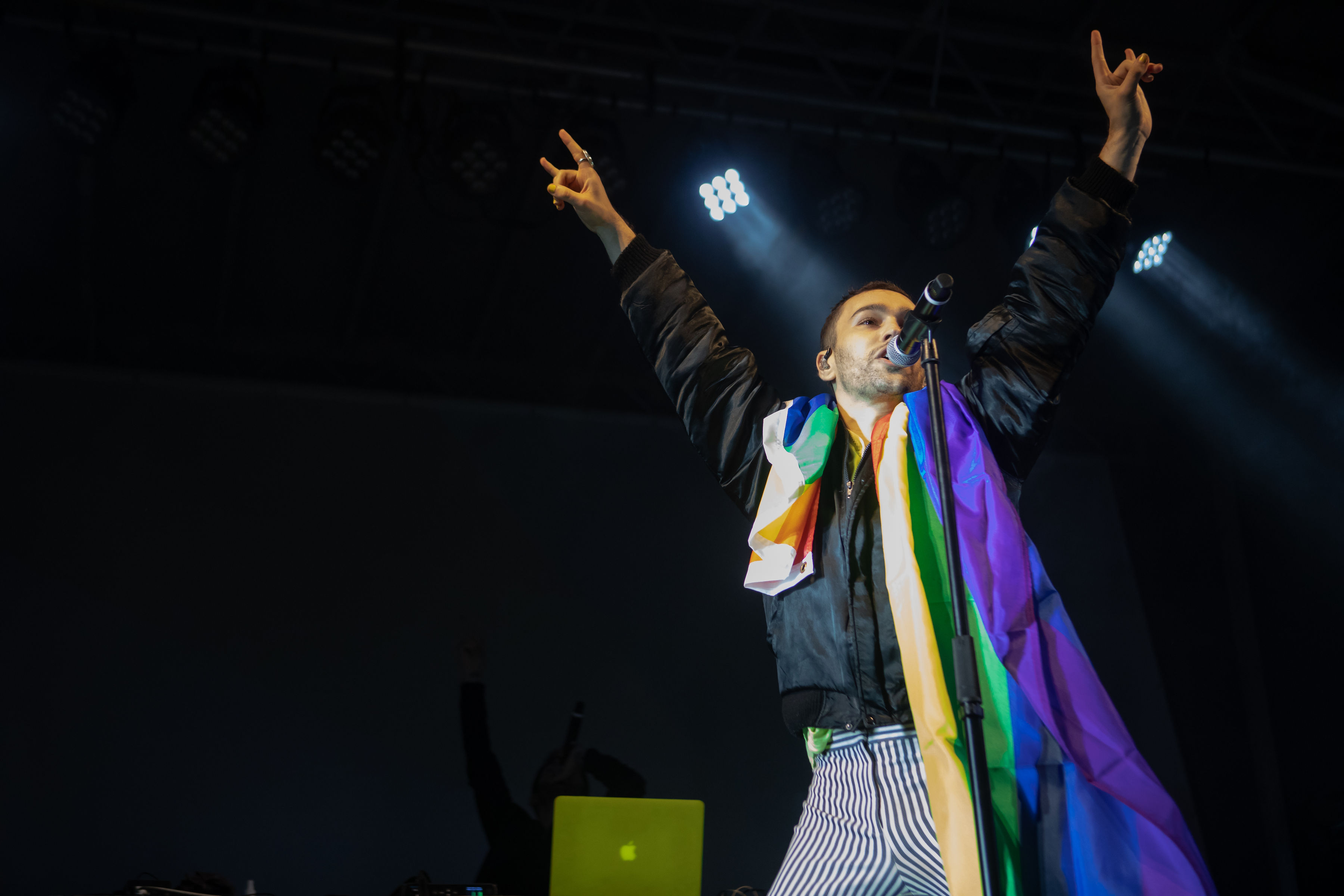 “We were able to be so organized that on my end I had more time to try and recruit people to sign up. It just made the whole process a lot easier.”

With more time on their hands, the team was able to concentrate on engaging the community and cultivating new partnerships. This led to securing more pride festival sponsorship packages.

“We were able to facilitate more booths signing up. We’ve used the same space [and] had the capacity to have 150 booths in the last five years. In 2018 (before EventHub) we hit 113, and then in 2019, we had 150. I think it was a mix between both increased community engagement and also the fact that we were able to, with ease, sign people up”, explained Thomas.

With a 25% increase in sales, we’d say they used that extra time to its fullest! Stephanie summed it up best: “We were able to be so organized that on my end I had more time to try and recruit people to sign up. It just made the whole process a lot easier.” 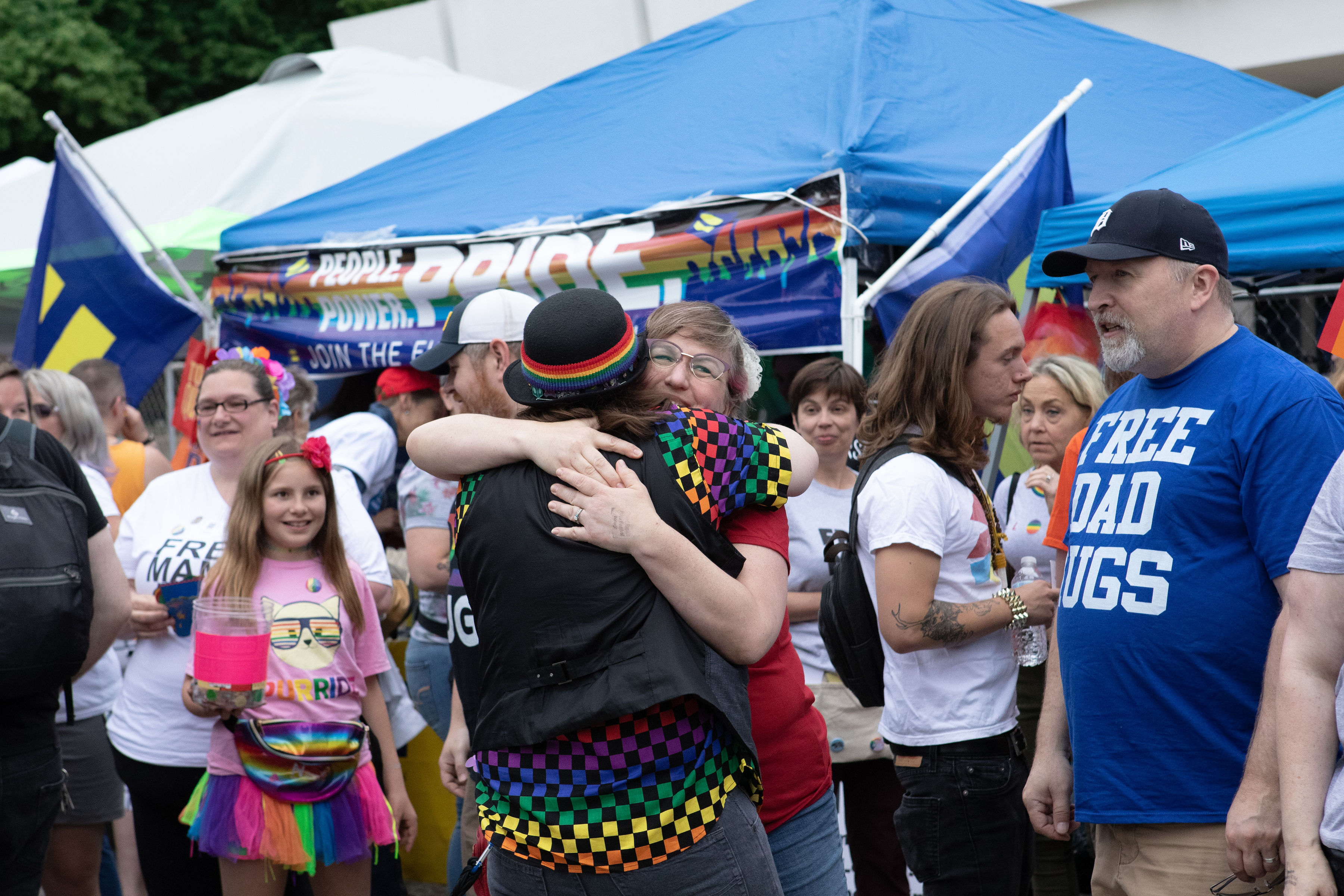 We had to ask! What are your favorite features on EventHub?

“My favorite aspect was the ease of communication with vendors. If someone was having an issue they were able to use the messaging feature right on EventHub… It made communicating a lot more efficient”, continues Stephanie.

“Mine is probably being able to differentiate the types of questions we ask [on the application] based on the type of vendor, because then I got to ask very specific questions, and I didn’t have to have four different kinds of forms. That makes it so that I don’t have to create a bunch of different things, I just get to put in the question one time and just assign it to the vendor type”, Thomas concludes.

About the Author: Amanda Cosenza

Amanda is a content creator focused on the live events industry. After spending two years traveling the world as a music festival journalist, she recently settled in Denver, Colorado. She enjoys catching shows at Red Rocks Amphitheater and grabbing a slice of pizza with her friends in her free time.